Is your birthday on February 20th?

If so, you’re someone who’s known for their open-minded nature, and you’re usually able to find the middle ground in almost any situation. What’s more, people are drawn to your easygoing attitude, and there’s no denying you have a certain charisma about you that others find irresistible.

Yet at the same time, you have a powerful imagination and a unique ability to see the world in your own special way. You’re also incredibly intuitive, and you have a strong sense of gut instinct that often guides you through life.

But what else can we learn about you based on your birthday?

The zodiac sign for people born on February 20th is Pisces.

Pisces signs born on February 20th are typically gentle, imaginative souls who are in touch with their feelings and emotions. Importantly, they’re quite creative and often have a strong interest in music, art, or writing – which likely features in some aspect of their lives.

Furthermore, Pisceans tend to be introspective and intuitive people, seeing the world through their own unique lens. This gives them a strong sense of intuition, which can often guide them through life’s challenges.

However, Pisces signs can sometimes be hypersensitive and easily hurt by the careless words or actions of others – often more so than other zodiac signs. In many cases, they need time alone to daydream and process their feelings.

But overall, Pisces tend to be loyal and supportive friends who value their connections with others – even more so if you’re born on the 20th.

Personality Traits of a Person Born on February 20th

If you were born on February 20th, your numerology Birth Day number is 2.

This number typically signifies team players who are creative, cooperative, and supportive. People with a Birth Day number of 2 tend to work well in pairs or groups, and they’re often natural peacemakers who just want everyone to get along whenever possible.

Another significant aspect of the 2 Birth Day number is its connection to intuition. People with this numerology Birth Day number are often very in tune with their “gut feelings” and follow them even when it goes against logic or what others may think.

Challenges for a Person Born on February 20th

People born on February 20th may have a tendency to be overly sensitive and take things too personally. As a result, they can sometimes hold onto hurt feelings for too long, which can lead to resentment and bitterness over time.

It’s important for people with this birthday to learn how to let go of the past and move on from hurtful experiences. otherwise, they run the risk of holding onto negative emotions that only end up harming them in the long run.

In addition, people born on February 20th may need to work on setting boundaries with others. Because they’re such compassionate and caring people, they can sometimes have trouble saying “no” when someone asks for their help – even if they’re already stretched thin.

As a result, it’s important to learn how to set boundaries and put their own needs first on occasion. Without doing so, it’s easy for them to become overwhelmed and bogged down by the demands of others.

Best Careers for a Person Born on February 20th

People born on February 20th tend to do well in careers that allow them to express their creativity and imagination. They also excel in fields that require strong interpersonal skills, such as counseling, social work, or teaching.

Additionally, people with this birthday often do well in fields that allow them to help others in some way. This could include careers in health care, human resources, or the nonprofit sector.

On the other hand, people with a February 20th birthday may want to avoid careers that are overly competitive. They may also want to steer clear of jobs that require them to work independently for long periods of time – because they often do better when they’re working with others rather than alone.

Pisces signs are most compatible with Taurus, Cancer, Scorpio, and Capricorn. Let’s explore each of these zodiac signs in more detail and see why they’re such a good match for Pisces.

Taurus: Pisces is a water sign, while Taurus is an earth sign. This combination creates a strong emotional bond, as Taurus helps to ground the scattered energy of Pisces, while Pisces help to soften the stubbornness of Taurus. Overall, the result is a relationship that’s supportive, nurturing, and has a good chance of lasting for the long haul.

Cancer: Pisces and Cancer share a lot in common. They’re both emotional, empathetic, and intuitive, so they understand each other on a deep level and have similar needs in a relationship. Pisces is attracted to Cancer’s gentle and nurturing nature, while Cancer is drawn to Pisces’ imagination and dreamy spirit.

Scorpio: Pisces is very compassionate and generous, while Scorpio is intense and passionate. They both have a deep understanding of human emotions, and they’re able to communicate on a very close level. In many cases, Pisces is attracted to Scorpio’s magnetic personality, while Scorpio is drawn to Pisces’ gentle and caring nature.

Capricorn: Pisces and Capricorn are both signs with a natural sense of duty and service, which can help them work well together. Pisces is intuitive and compassionate, while Capricorn is down-to-earth and practical. Yet Pisces also brings a sense of romance and magic to the relationship, while Capricorn provides the structure and stability that can keep it grounded. Together, these two signs can create a lasting and fulfilling relationship.

People born on February 20th have the lucky colors of light green, aquamarine, and yellow.

Light green is the color of nature and growth. It’s associated with healing, new beginnings, and fresh starts. This color can help you connect with your natural intuition and creativity.

Aquamarine is the color of the ocean. It also resonates with trust, faith, and compassion. It may also help you better connect with your emotions and intuition.

Yellow is the color of the sun. It’s also associated with happiness, positivity, and optimism. Yellow connects you to personal power and helps you radiate your positive energy out into the world.

These numbers all have special meaning for those born on this day.

2 is associated with partnerships, cooperation, and relationships. It symbolizes the need for balance and harmony in your life.

10 is a number of completion and new beginnings. It also resonates with personal power, self-confidence, and success.

11 speaks to intuition, spiritual insight, and connection with the higher self. It also represents the need for awareness and understanding in your life.

20 is associated with knowledge, wisdom, and insight. It further symbolizes new beginnings, spiritual growth, and transformation.

29 is a number of personal power, determination, and achievement. It also speaks to courage, confidence, and self-belief.

If you’re looking for the perfect gift for someone born on February 20th, consider something that resonates with their creativity or their connection to others.

Some possible gift ideas include:

The birthstones for those born on February 20th are Amethyst, Zircon, and Pearl.

Amethyst is a purple stone that’s associated with spirituality, intuition, and protection. It’s known as a “stone of balance” as it can help to bring peace and harmony to your life.

Zircon is a yellow or green stone that’s associated with wealth, prosperity, and success. It’s sometimes seen as a “stone of luck” because it can help you attract good fortune into your life.

Pearl is a white stone that’s associated with purity, innocence, and new beginnings. It also resonates with the energies of love, compassion, and grace.

People born on February 20th have a special connection to creativity, intuition, and relationships.

They’re attracted to creative pursuits, but they also have a sense of responsibility and duty. In many cases, they’re natural caregivers and often put the needs of others before their own. Furthermore, they’re often highly intuitive and have a strong connection to the spiritual realm.

If you know someone with a February 20th birthday, be sure to show them appreciation and support. They often go above and beyond for those they care about, so they’ll certainly appreciate the same in return! 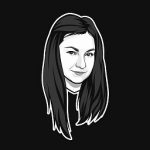 Sofia is an astrologist and numerologist who uses these ancient practices to help people discover their deepest potential. Her key focus is personal growth and self-actualization, but she also provides guidance for career, relationships, and finding purpose.